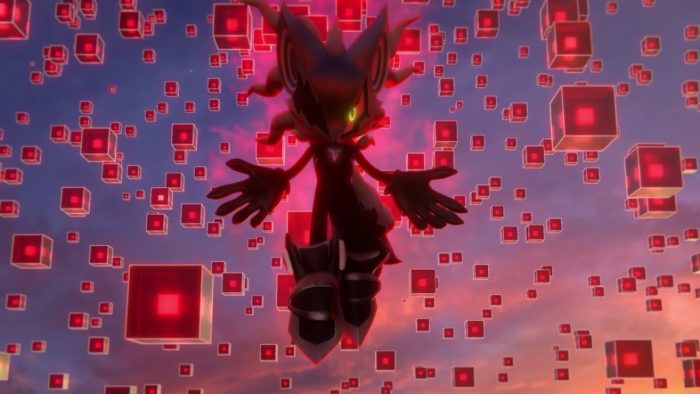 There was once a time when Shadow was the resident edgy guy of the Sonic series but Sonic Forces released a new trailer that may have just switched things up a bit. A new trailer for the upcoming game puts the new villain, Infinite, front and center. Infinite has teamed up with Eggman to provide his crew their best chances of finally being able to defeat their blue nemesis.

Infinite’s appearance alone certainly makes him a true stand out among the variety of villains Sonic has faced during his adventures. Once you add in the low tone of his voice, the way he tosses Sonic around with ease and his cynical, nonchalant demeanor, you definitely have the recipe for Sonic’s edgiest rival yet. This guy means business and he’s far faster than Sonic with readings that Tails can’t even calculate.

With off the chart readings, growly tones in his voice and an overwhelming sense of confidence pouring from him as he treats Sonic like a rag doll, Infinite feels like he’s an otherworldly reincarnation of Dragon Ball Z’s Vegeta. And that’s pretty awesome.

Sonic Forces is slated to make its way to PC, PS4, Xbox One and the Nintendo Switch some time this year.