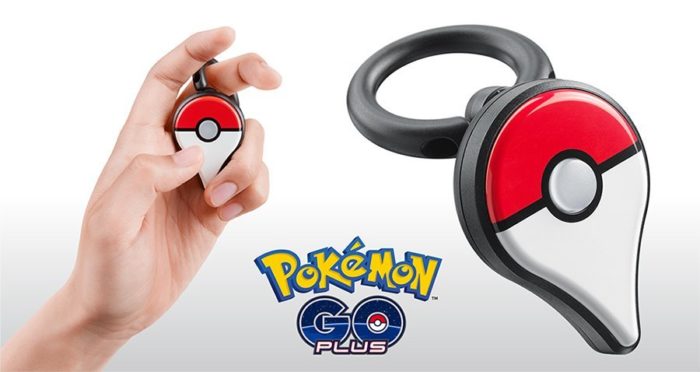 A couple of months after Pokemon GO released in July of last year, Niantic released Pokemon GO Plus, a device that is mounted on a strap that goes round your wrist. Now, as part of the game’s one year celebration, Niantic has revealed an alternative ring device.

It is essentially the same device as the standard Pokemon GO Plus but it has a ring mounting on the back rather than a blue strap – it works in the same way as well. With an array of flashing colored lights, it warns trainers of nearby Pokemon and allows them to attempt to capture them with a press of a button. It also allows them to spin any nearby Poke Stops. However, it will not have a feature that allows you to interact with the new gym system or get items from them.

The ring accessory is also significantly cheaper than the original Pokemon GO Plus device. When it launches in Japan tomorrow, it will retail at 400 yen, which equates to just over $3.50. There is no news on whether the device will release in the West but hopefully it will be easier to get your hands on than the original device was when it first released.

The Pokemon GO Plus ring device will release tomorrow in Japan.