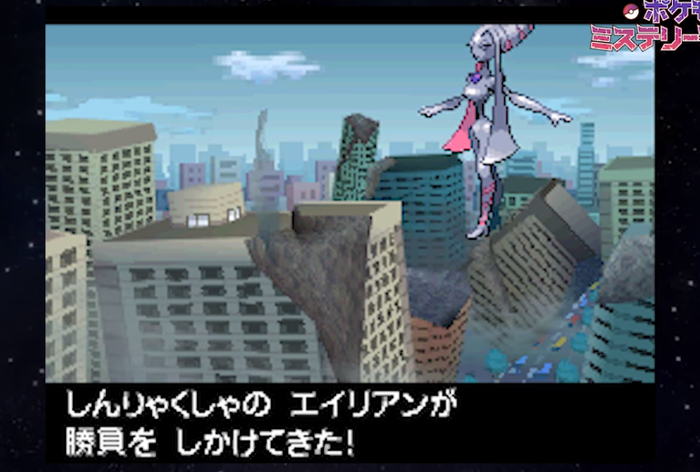 Just today, the Pokemon Company released a very very strange teaser today on their Japanese Youtube channel. The video shows a whole bunch of weird extraterrestrial stuff that’s happened in the past Pokemon games. You can see Deoxys, Celebi, the Unown, the distortion world from Platinum, and footage from HeartGold and SoulSilver.

Thanks to a translation from Polygon, the video is titled “Pokemon Mystery File: A World of Pokemon you don’t know.” The Japanese text that pops up during the video translates to: “Is this a time slip? Is it manipulating time? It came from the Moo? Is it a space virus? Is this an encounter with aliens?”

We don’t know what the heck is happening over at Pokemon HQ, but something weird is surely on the horizon for being announced. If you head on over to the mysterious website, a date for July 19 is present, with “coming soon” right under it.

Is this a new game? Is it some sort of creepy side-story coming to Sun and Moon as downloadable content? What do you guys think this could be? Let us know in the comments below.