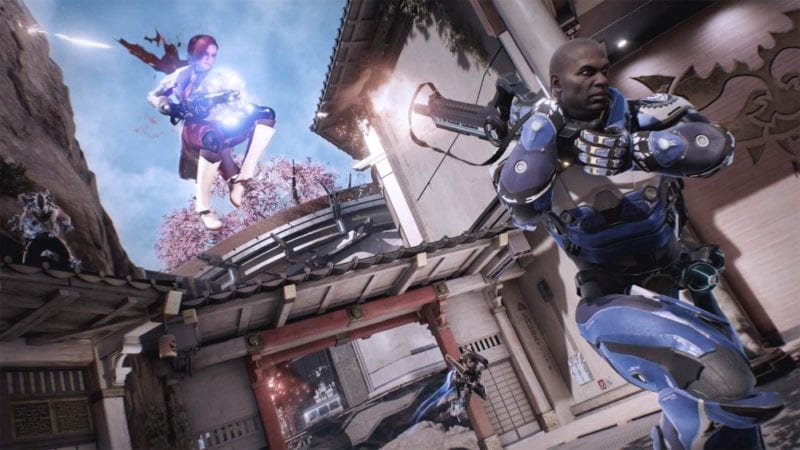 LawBreakers is the upcoming arena shooter from Boss Key Studios, the development team formed by Cliff Bleszinski (of Gears of War fame). The game was recently announced to be heading to the PS4 after previously being unveiled as PC exclusive. Naturally, with the game making its way over to consoles, some started wondering if perhaps LawBreakers would find its way to other platforms, namely the Xbox One and Nintendo Switch.

Sitting down with Gamingbolt, lead designer for LawBreakers Dan Nanni answered a question about the challenges the team would face when trying to port the game over, and it all came down to controllers. According to Nanni, porting over the game to the PS4 was done “literally by the skin of our teeth.” The shortage of inputs on a DualShock 4 when compared to a full mouse and keyboard setup was a major issue, but they triumphed over it. Seeing as how the PS4 and Xbox One share a lot of games, Nanni realized that it’s possible to make LawBreakers work on Microsoft’s home console as well in some way. But when it comes to the Nintendo Switch, there seems to be an issue.

According to Nanni, “But if you’re looking at the Switch the base controller that’s on the unit, it doesn’t have as many buttons.” Yet, we’re not entirely sure how that is. The Nitnendo Switch Controller, whether your looking at a Joy-Con pair (which comes with the console) or the more traditional Pro Controller, has the same number of buttons as the Xbox One Controller. In fact, it has one more since it also has a screenshot button.

It’s true that there may be other, very valid reasons for why LawBreakers won’t (and possibly can’t) be making its way over to Nintendo’s latest console, but after counting the buttons on all of our controllers, we’re fairly positive that it won’t be for lack buttons.