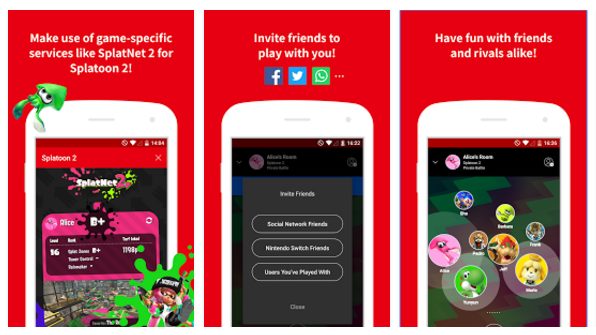 Nintendo Switch’s much talked about mobile application has finally arrived and is available for download on both iOS and Android devices.

The application allows players to voice chat while playing multiplayer Switch games, such as the upcoming Splatoon 2. In order to do so, players will need to connect a wired headset to their phones.

Currently, Splatoon 2 is the only game that makes use of the app, so right now there isn’t much that can be done with it other than downloading in preparation for the game’s worldwide release this Friday. When Splatoon 2 is out in the wild, the app will show play history and statistics.

Other features include the ability in tandem with other social media platforms such as Twitter, Facebook, and Whatsapp – players can invite friends to join games.

Both the app and Nintendo’s online system is free to download, though the latter will become a paid service starting sometime in 2018.

Users have reported some issues with the application’s sign-in not currently working, probably due to Nintendo working to stabilize the servers at this early stage.