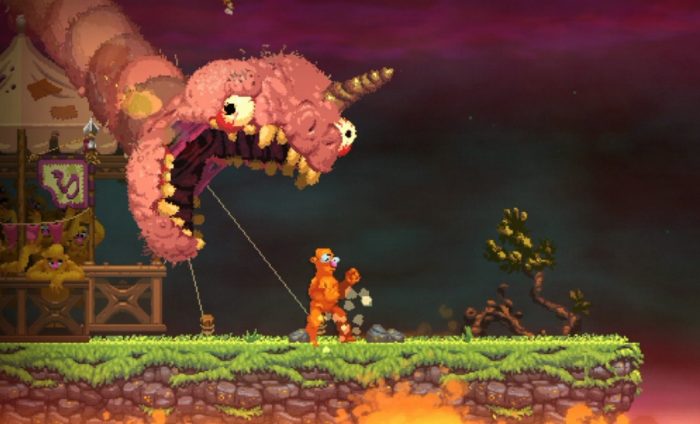 Nidhogg 2, sequel to the original two-player side-scroller in 2014, has finally gotten a confirmed release date coming later this summer on Aug. 15.

News came way of a PlayStation Blog Post from Mark Essen, Creative Director and Co-Founder of Nidhogg and Nidhogg 2’s development studio Messhof Games. In the blog post he also mentions the difference in appearance Nidhogg 2 has compared to its predecessor, saying, “We were proud of the original Nidhogg’s visual style, but that’s not to say we weren’t a bit surprised by how well the chunky, featureless pixels were received. We were pushing the limits of old-school aesthetics, after all.” This time around, Messhof is going for more detail and 2D independently animated body parts for more fluid motions compared to the original’s much simpler and straightforward design.

The blog post only mentions the confirmed release date for PS4, however GameSpot confirmed with a Messhof representative that the Aug. 15 date applies to the PC release as well.

Pre-orders will begin on July 18 for both platforms. Nidhogg 2 offers single and multiplayer combat, with the goal being to get to the other side of the map while stabbing anyone who dares to get in your way. Both online and local co-op are supported, with up to eight players allowed to battle it out in tournaments.