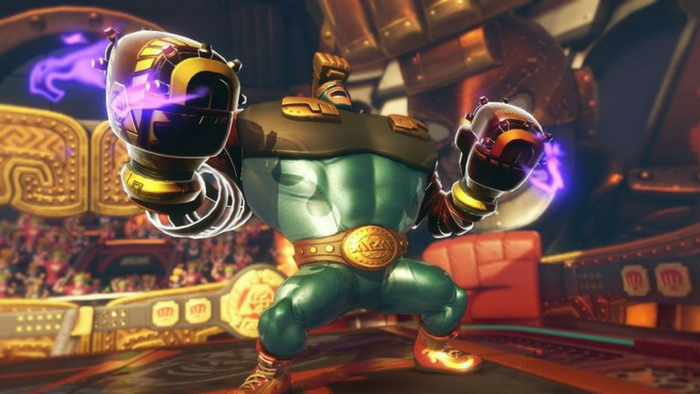 It turns out that ARMS fans won’t just be getting a new playable character in the form of the tough boss Max Brass in tomorrow’s update, but a fresh new game mode, too.

Speaking with Eurogamer, ARMS’ producer Kosuke Yabuki revealed that a new mode will also be added as part of the update.

“… Max Brass is the main part of tomorrow’s update, but there is a new versus mode where in a fight between two or three players there’s a Hedlok mask players battle over, and when you get the mask your own character can turn into Hedlok,” Yabuki told Eurogamer. “If one player turns into Hedlok it’ll be up to the other players to take him down.”

This new Hedlok mode will be available in both online and offline multiplayer modes and won’t be limited to just 1 v 1 matches. On top of Max Brass and the new Hedlok mode, ARMS’ imminent update will also introduce a number of balance tweaks and changes. Exactly what these will entail or which characters will be affected remains to be seen, but Yabuki did mention that “using one technique over and over again, repeating the same thing and winning like that” is something that the team is looking to eliminate from the game.

ARMS is available now for the Nintendo Switch. You can check out our review here.