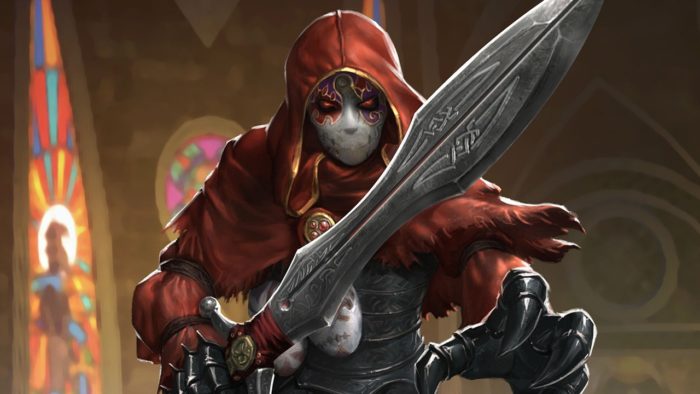 The Fable franchise’s final gasp can now be found on Xbox One and Windows 10. Fable Fortune started as a small project at Lionhead. However, after the closure of the studio and the cancellation of Fable Legends, it somehow lived on to become a full game after former Lionhead Studio employees formed Flaming Fowl Studios.

Fable Fortune is a collectible card game in the vein of Hearthstone. You and your opponent each form a deck of cards. The cards represent abilities and characters which you can play on the field to take down your opponent.

The twist on the formula with Fable Fortune is that you can be “good” or “evil.” Whichever one you choose will affect the abilities of your cards. For example, with the dog card, a “good” player can have the dog find treasure. If a bad player uses the dog’s ability, they’ll gain a bonus attack.

When the game gets an official launch in three-to-six months, it will be free-to-player. An early access Founders Pack gives players a bunch of card packs and a Chicken Vengeant card and Giant Egg. The Founders Pack is available for 20% off right now on Steam for a total of $11.99