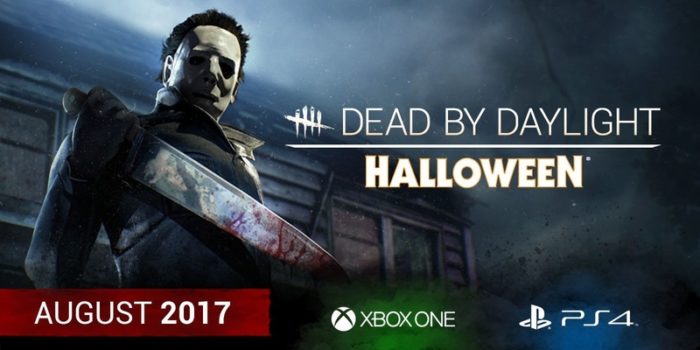 Turning on generators and trying to escape the multiple killers that Dead by Daylight offered was hard enough, even with your closest friends. The Halloween Chapter has been available on PC for a while now but it’s been announced that the pack will be coming to PlayStation 4 and Xbox One sometime in August 2017.

The Halloween Chapter is coming to Playstation 4 and Xbox One in August 2017.
Halloween comes early this year…https://t.co/vU7hhoxAwU pic.twitter.com/VvKeJhCFIz

The Halloween Pack includes Michael Myers as a new killer who uses a perk called Evil Within which has two phases. The first phase makes the killer slower and weaker, but will give you higher detection skills. The second phase offers faster speed and powerful attacks but at the cost of limited detection. There’s also a new survivor up for grabs, Laurie Strode, who wears high-waisted jeans a pretty blue-collared shirt. And last but not least, there is a brand-new map that’s called The Haddonfield, which is the fictional hometown of Michael Myers himself. Think you can survive the threat of Michael and escape with your life? Good luck.

Dead by Daylight is out now for PC, PS4, and Xbox One. The Halloween Pack will be launching for consoles in August, 2017.