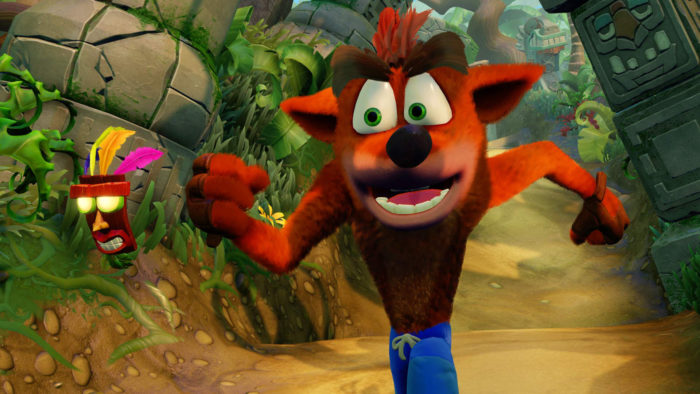 Crash Bandicoot N. Sane Trilogy was released last week and saw the first three Crash games lovingly remade for the PlayStation 4. The game has been a huge hit and, as we’ve reported, Crash has shot straight to the top of the UK game charts and become the best-selling single console game of 2017 so far.

The success has clearly shown that there are a lot of gamers out there eager for to see Crash again and it looks like owner Activision has taken note. In an interview with Games Industry, Activision CEO Eric Hirshberg heavily hinted that the company is open to developing Crash further.

“We are experimenting with Crash,” he said. “We know there’s a vocal fanbase that wanted that to come back. But you never know if that is emblematic of a larger audience or just this niche, nostalgia-based community. So far, we are seeing some real passion for it, so that could lead to other things.

“Of course, we are always trying to find the next big thing. But our first priority is to make sure we are servicing the communities that we are already lucky enough to have.”

No doubt there are many gamers out there who would love to see a brand new Crash Bandicoot game released. Time will tell whether those dreams will come true, but regardless, it’s nice to have Crash back.