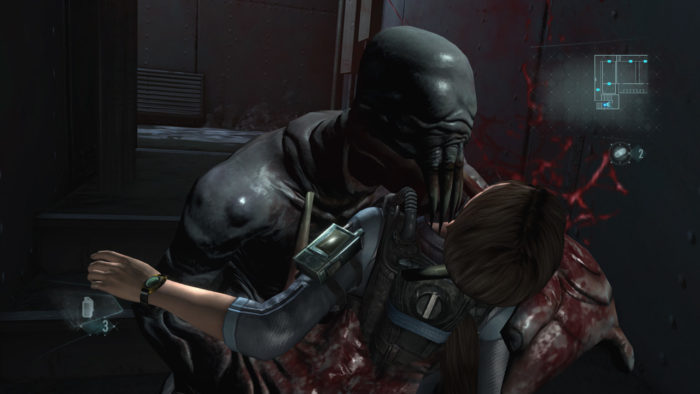 Capcom has today announced that the remastered version of Resident Evil: Revelations will launch on August 31st for $20 across both PS4 and Xbox One.

Revelations campaign details the events that take place between Resident Evil 4 and 5, with survival horror gameplay much more akin to the original PSOne games (albeit with behind-the-shoulder third person camera).

The game’s “Raid Mode” offers a more action-packed run-and-gun style of gameplay that dominated Resident Evil games following RE4. The Revelations remaster will feature all the DLC costumes and weapons from the Raid Mode. The list of weapons is as follows:

The costumes for Lady Hunky and Rachel Ooze are also part of the package.

Capcom states that graphical improvements for the current generation version of the game “allow for crisp 1080p resolution. Increased environmental detail and refined creature movements add a whole new dimension to the terror.”