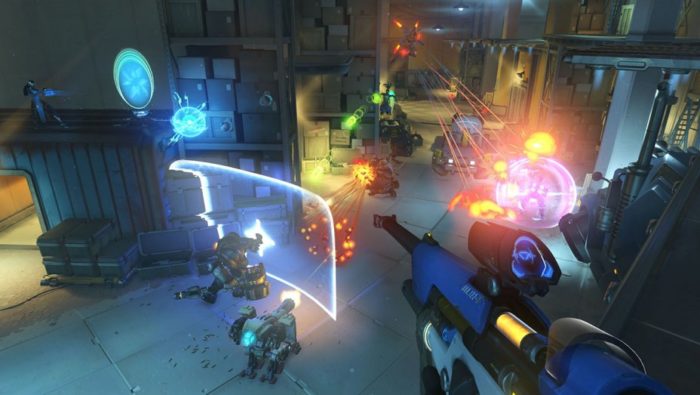 When it comes to the eSports market, it’s hard to find a presence as massive and dominant as the likes of Twitch and Blizzard. Twitch has become the go-to platform to stream competitive gaming tournaments while Blizzard has demonstrated its knack for building gargantuan eSports communities around many of their games. With that in mind, it shouldn’t be too shocking that Blizzard and Twitch are teaming up and forming quite an exciting bond. In a recent press release, Twitch and Blizzard jointly announced that Twitch was given broadcasting rights to some of the biggest Blizzard eSports events across the globe.

“As the first part of this landmark license deal, Blizzard is licensing third-party streaming-platform rights to Twitch for a range of Hearthstone, Heroes of the Storm, World of Warcraft, StarCraft II and Overwatch esports content,” the press release states. “The deal, which reflects Blizzard and Twitch’s long-term investment and ongoing commitment to their passionate communities, supports the world-class competitive ecosystem across all of Blizzard’s esports properties.”

It’s a major partnership that now means Twitch will have the monopoly when it comes to streaming Blizzard’s eSports content. Twitch and Blizzard’s newfound partnership also serves as an explanation as to why golden loot boxes for Overwatch were made available to Twitch Prime users. Overwatch fans were rather surprised when Twitch suddenly started offering some great incentives for gamers to invest in a Twitch Prime account. Turns out these members will be given a golden loot box this month, which is guaranteed to include at least one legendary item. In addition to the special box for June, Twitch Prime members will be given five loot boxes in August and five more in October.

So far it seems like Blizzard and Twitch’s partnership is only good news for gamers and even more excellent news for Amazon. This marks yet another massive deal for the company as it was revealed earlier this week that Amazon also bought Whole Foods.