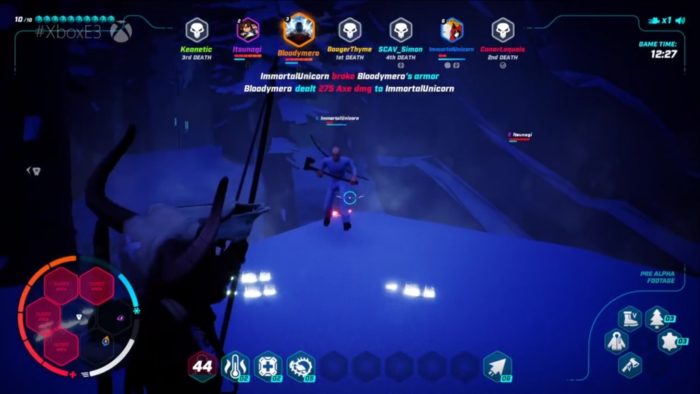 We’ve just seen the announcement of a brand new IP at Microsoft’s E3 2017 conference called The Darwin Project. The game will see players battle one another in the harsh wilderness until only one remains.

The Darwin Project, at first glance, appears to be an intense online multiplayer shooter, not dissimilar to the likes of Overwatch and Call of Duty, where players must battle both the harsh environment and one another in order to survive a Hunger Games-like challenge. Aside from its intriguing premise, the art style is quite a departure from the norm as well — is that you, Corpse Bride characters?

The awesome trailer kicks off as CG but then switches it up to real gameplay as the battle truly begins. Players appear to have a variety of weapons and special skills which allows them to get the edge in battle. The gameplay is fast paced and it looks like there’s a large roster of characters to fight as.

It looks like another title that might be on the radar for players who love PlayerUnknown’s Battlegrounds and similar offerings out there, so if that game is your speed you might want to keep this one on the back burner as additional details eke out. With games like Overwatch and other titles of its ilk riding a massive wave of popularity, it’s no surprise we’re seeing other titles coming up behind them in a bid to wear the crown.

A release date for the game has not yet been specified, but no doubt we’ll hear more from it in the near future.