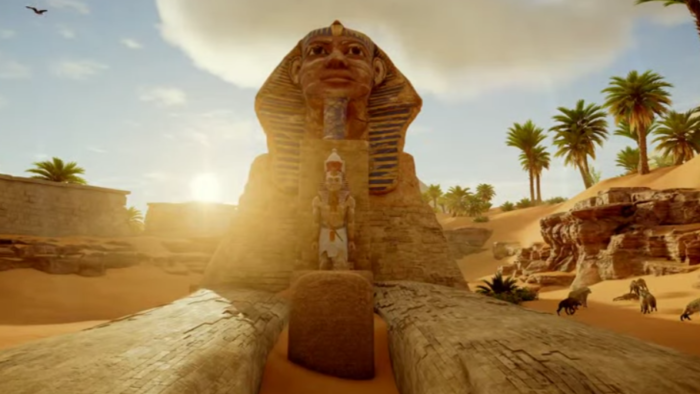 After all the leaks and supposed rumors, Ubisoft took the stage during E3 2017’s Microsoft press conference and introduced us to Assassin’s Creed Origins, set in Ancient Egypt and following protagonist Bayek, as previously confirmed during several of the untimely leaks that have been plaguing Ubisoft for the last month or so.

The sizeable chunk of gameplay shown off during the show demonstrated horseback riding, eagle spotting, wildlife, elephants, and a smattering of other very Ancient Egypt-appropriate setpieces. Bayek’s bird of prey can be controlled to scout out areas and perform other actions in-game as well.

It looks to introduce several new and deeper role-playing elements to the series, including 4K gameplay for Xbox One X owners, as noted during the conference.

The game is projected for an October 27 release.