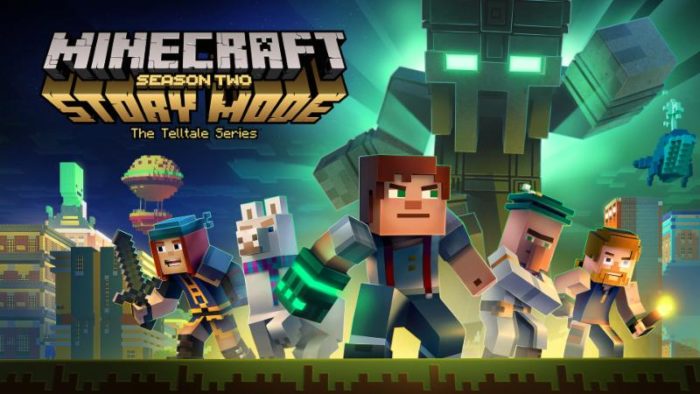 Today, Telltale Games announced that its popular episodic take on the Minecraft franchise, Minecraft: Story Mode, would be getting a second season.

Both Telltale Games and Mojang announced that the series was currently in development and that episode one, titled “Hero in Residence” would release on July 11 for PS4, Xbox One, PC, Mac, iOS, and Android devices. Noticeably, the Nintendo Switch is missing from the confirmed platforms.

Now that Jesse and the gang have vanquished the Wither Storm, saved the world, and become totally super famous heroes, life has gotten a bit more…complicated. With more responsibilities and less time for adventure, old friendships have started to fade — at least until Jesse’s hand gets stuck in a creepy gauntlet that belongs to an ancient underwater temple. Together with old pals and new comrades alike, Jesse embarks on a brand new journey filled with tough choices, good times, and at least one temperamental llama.

This season will also feature cameos from @stampylongnose, @stacysays, and other personalities from the @Minecraft community on YouTube! pic.twitter.com/jte4O8238q

Telltale Games also confirmed that there will be a retail version of the game on disc arriving this fall, though no specific date has been confirmed as of yet.