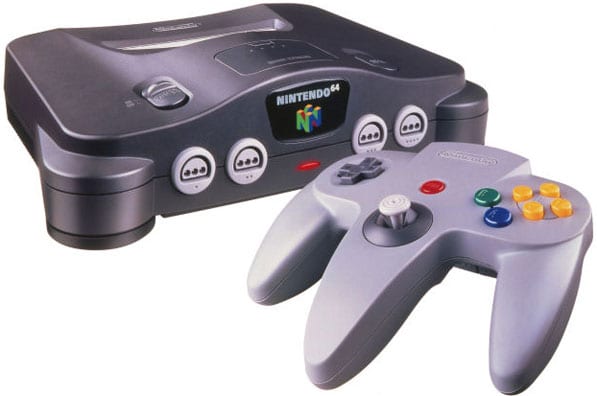 Today is June 23, 2017; this day 21 years ago, Nintendo launched their third home console into the Japanese market. Let’s say happy birthday to the Nintendo 64 and remember all of the good things that came out from the system like Super Mario 64, Ocarina of Time, and what would be the start of the Super Smash Bros. series.

In Japan, the Nintendo 64 launched with just three games: Super Mario 64, Pilotwings 64, and a Japan exclusive title, Saikyō Habu Shōgi. Super Mario 64, being the first-ever 3D Mario game, went on to become the best-selling N64 game, selling more than 11 million copies. Pilotwings 64 was sort of a sequel to the Super Nintendo title, Pilotwings. It was basically a 3D flight simulator that had you controlling jetpacks, hang gliders, and gyroplanes. The weirdest title of the bunch was Saikyō Habu Shōgi, which was a virtual Shogi board game (Shogi is a Japanese chess game). Nintendo thought that the game would show off the power of the console, causing sales to rocket; the game ended up tanking and only 1 person out of 100 Nintendo 64 owners actually bought the game.

The console ended up being a hit in the Americas, but did not fare too well in its home country of Japan. The N64 sold over 30 million units worldwide but only about 5 million of those systems were sold in Japan, which was unfortunate.

Despite lackluster sales, the Nintendo 64 stands the test of time and set the standard for many genres of gaming. 3D platformers would not be the way they are now if it was not for Super Mario 64, and GoldenEye 007 was one of the most influential titles that shaped what first-person shooters are today. Oh, and don’t forget about a little game called The Legend of Zelda: Ocarina of Time, which did the same thing that Super Mario 64 did, but with action-adventure games. The Nintendo 64 will always be remembered for revolutionizing the video game world and giving the industry that much-need push into the next generation.

Happy 21st anniversary to the Nintendo 64.