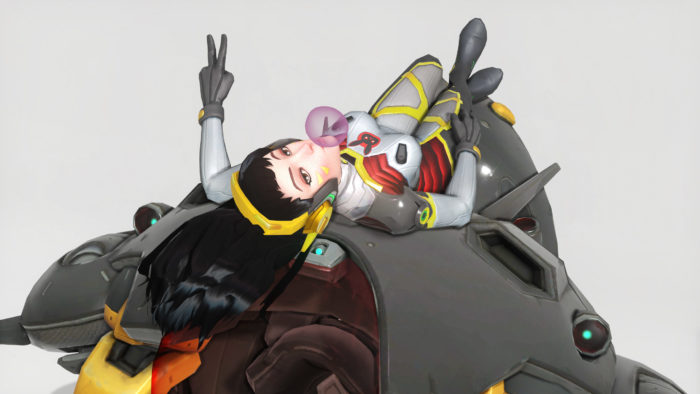 It what could possibly be the aforementioned reveal, Chung has released a video showing off her tour of Blizzard’s studios with a focus on thanking all the hardworking individuals behind the scenes who bring Overwatch to life.

Although some were hoping for a new D.Va cinematic, skins, or even event announcement, this tour video could simply be the reveal she mentioned as Chung also tweeted out pictures of herself with several of the Overwatch developers throughout the week, hence the “sneak peeks all week” statement.

In a Facebook Live stream with Lucio’s voice actor Jonny Cruz, Chung specifically states the reveal will not be a cinematic, saying she doesn’t “…have the authority to even be able to make such an announcement”. You can watch the stream here, with the reveal mentioned right before the 35 minute mark.

Chung hangs out with the developers, checks out an Overwatch centric museum, and even gets a hoodie signed by a bunch of the creators including Vice President of Blizzard and Overwatch lead designer Jeff Kaplan.

I only have one question by the end of the video, where on earth can I get that awesome D.Va jersey that Chung holds up at the 2:02 mark? Kaplan was seen sporting one in the latest developer update as well, and it definitely stole the show.