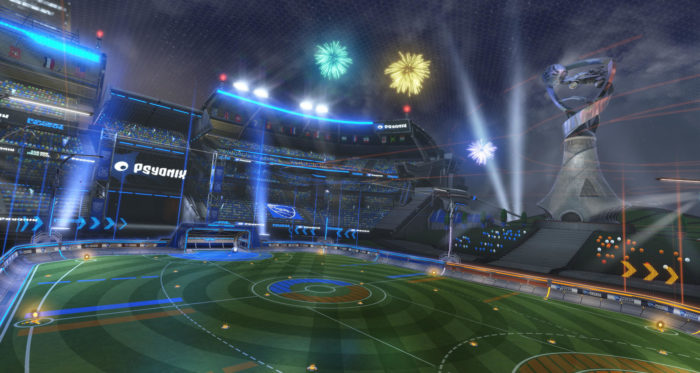 The Overdrive crates have a chance to drop after completing multiplayer matches, and can only be unlocked with keys bought with real money. You can see the new items from the update in the trailer below.

Competitive Season 4 also ends with the Anniversary Update and kicks off Season 5, but Psyonix will have more information on season changes closer to launch. The studio did say the season rewards are custom trails, dependent on the highest rank achieved during the season.

In other Rocket League news, the finals for the RLCS Season 3 World Championship are today with a prize pool of $150,000. It can be watched on the official Rocket League Twitch channel.