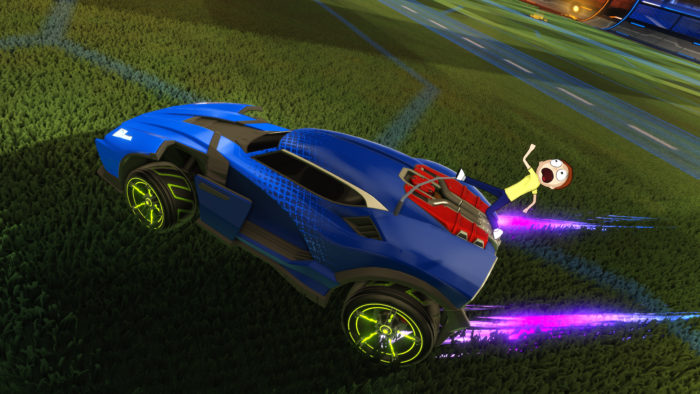 Rocket League’s 2nd anniversary is quickly approaching, and Psyonix has plenty of fun new additions planned in celebration. The developer announced today that everyone’s favorite time-hopping duo will soon be joining Rocket League as a number of customization options.

Adult Swim Games has worked with Psyonix to make items like antennas available, as well as a number of toppers that include, Cromulon, Mr. Meeseeks, and Mr. PBH. That’s not all though, as you’ll also gain access to and Interdimensional GB Rocket Boost and Sanchez DC-137 custom wheels. All the items listed above will be available as common drops after matches, starting on July 5 when the 2nd Anniversary Update hits.

Rick and Morty isn’t nearly the only new things coming to Rocket League, however, as the anniversary update will be adding on plenty more. A new field, overdrive crates, and competitive season 5 are just a few of the updates. Psyonix has detailed more about the anniversary update here, and promised even more to come over the next month.

Rocket League is now available for PS4, Xbox One, PC, and will be releasing for Nintendo Switch later this Fall.