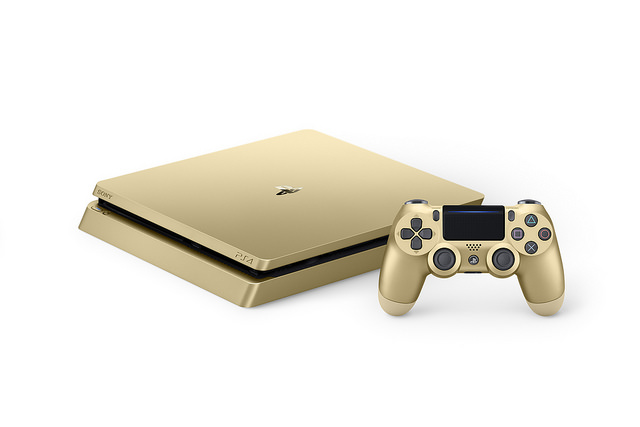 The news has been announced via the official PlayStation Blog which states that these two new color variants will join the PlayStation family later this month. The bundle will include a gold or silver 500GB console along with two controllers with matching colors. They will go on sale on June 15 in the United Arab Emirates and June 28 elsewhere, so you’d better be quick if you want to nab one.

The gold and silver Dualshock 4 controllers will also be available to buy separately for those who don’t want to buy a brand new console just for the bling. Check out the pics below:

The price of these new consoles hasn’t been specified but no doubt it’ll be a little more than a standard black 500GB PlayStation 4.