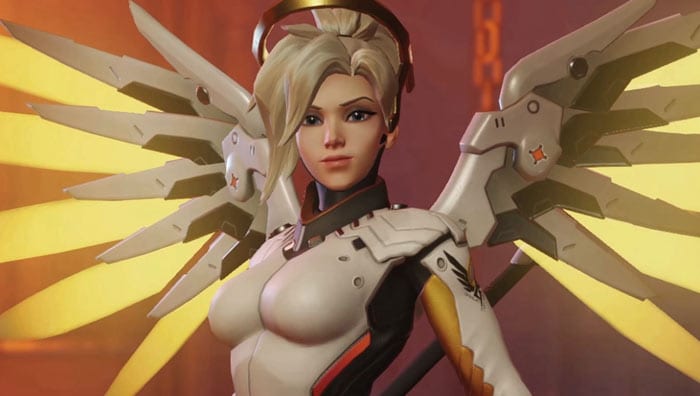 Overwatch’s Public Testing Realm is once again active with a new patch, bringing in a slew of small changes to the way loot boxes work, as well as a number of bug fixes and balance changes. The highlight of this PTR cycle is without a doubt the new highlight overhaul, which lets players save highlights permanently, and record them in any setting they’d like.

Amidst all of this new exciting stuff, though, a small but significant change has been implemented for Mercy, meaning she will no longer be able to resurrect players from the spawn room. This isn’t listed in the patch notes anywhere, so it came as a surprise to everyone when /u/chomz147 noticed the change and posted it onto Reddit. Put simply, Mercy now needs to leave the spawn invincibility area before she can cast resurrect on her fallen team mates.

To many, this isn’t a major change in a lot of cases, but in maps like Watchpoint: Gibraltar, where Mercy can safely resurrect entire teams from the safety of the spawn area, this could mean a lot. Check out the video below, which shows how the new change works.

It’s only really a nerf to those on the defending team, because attackers will almost never be in a position where they need to cast resurrect from spawn. It’s most likely that this change is intentional, though, despite zero mention of it from Blizzard in the patch notes.

This PTR cycle has brought in the already mentioned changes to highlights, as well as an exciting new change to how loot boxes work; high-leveled players who constantly get duplicates will be especially pleased, as the new system reduces the number of dupes you’ll get drastically. This new patch will likely make its way onto Overwatch in a few weeks time, after a few more iterations.