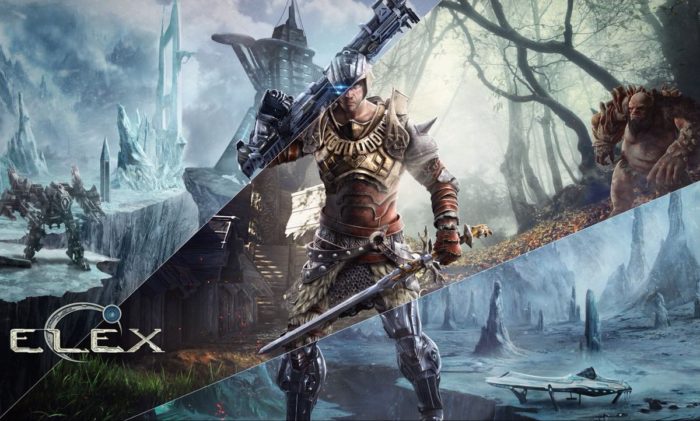 Elex the new Science Fantasy open world RPG from Piranha Bytes, the creators of the Gothic series, will launch on October 17 for PS4, Xbox One, and PC. THQ Nordic also released a brand new cinematic trailer and details on the Collector’s Edition for the game as well. You can take a look at the trailer, which illustrates multiple paths for the protagonist, down below.

Elex takes place in an original Science Fantasy world called Magalan where a valuable resource also known as Elex gives people magical powers, but also turns them into cold and indifferent beings. There’s an emphasis on player choice, especially on deciding whether human emotions or cold logic will rule the planet. Elex is a fully open world game, that’ll also give you access to a jetpack to help with exploration.

The Collector’s Edition of the game will include a 10-inch-high figurine of an Alb Mage, a 2-inch amulet in the form of a combat drone, a cloth map, showing the world of Magalan, the original score on CD plus artbook. There’s no price given for the edition as of yet, but you can visit the official site for more on Elex.

Elex will be available for PS4, Xbox One, and PC on October 17.