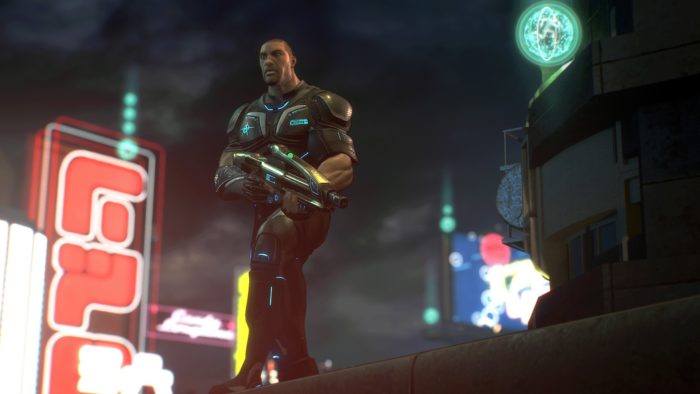 Crackdown 3, one of the most hotly anticipated Xbox One titles, finally has a release date. The title will launch on Xbox One on November 7, the same exact day as Xbox One X, Microsoft’s big 4K console. During their E3 2017 press conference the company released a brand new trailer for the upcoming action game.

The bombastic trailer starts out with the ever-enthusiastic Terry Crews, inviting you to the join the Agency, before jumping into a rapid fire montage of destruction. In fact, Terry Crews will be starring as a major character in the game, Commander Jaxon. Just like the rest of the series, Crackdown 3 puts a big emphasis on environmental destruction, but will be ramping it up even more. The game will use cloud computing features to amp up the levels of destruction even more. You can get a sneak peak of it by watching the trailer down below.

Crackdown 3 will be available for both Xbox One and Xbox One X starting on November 7, there’s no word yet on if the game will launch on PC the same day.