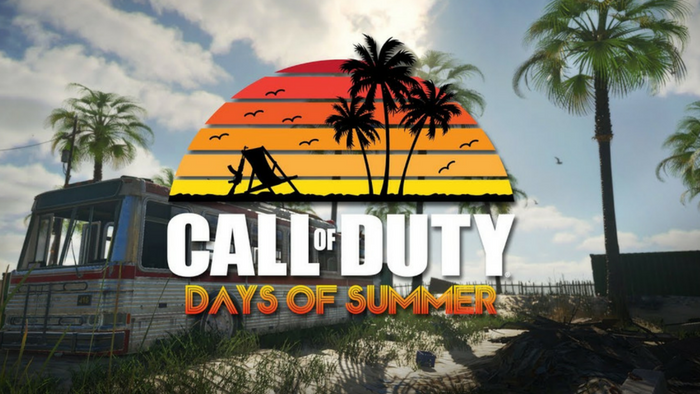 There’s a goofy surfer dude on hand in the Days of Summer event trailer to introduce everyone to the event, which is handing out droves of gun skins, new characters, crates, and new maps for both games. It begins today, June 27, and will run all the way through August 1.

Rather than taking things seriously and going for a “realistic” tone, Days of Summer is going the same route as Blizzard’s Sun’s Out, Guns Out promotion and slapping suntan lotion on noses, offering Double Mission Team XP, 2XP, Double Weapon XP, and Double Keys to start things off. You can also nab summery skins and weapons like popsicle emblems, rainbow beach scenes, water skins that look just like the beach, and more.

The new Beach Bog map is exceptionally colorful, with bright pool floats (one shaped like a duck) and enough of the original Bog mapped retooled to look like a quaint little surf destination you might run into as a tourist. Beach balls adorn the waterside, and there’s plenty of fun stuff to look forward to. If that’s not enough of you, more is coming each Monday with two free gifts when you play on Wednesdays and Fridays. Infinite Warfare players will get the Turista map as well.

It’s a fun little addition for games that people will no doubt be flocking to, so if you’re planning to get the (exorbitantly priced) Modern Warfare Remastered or need a reason to check out Infinite Warfare again, this beach blast should be a real riot.