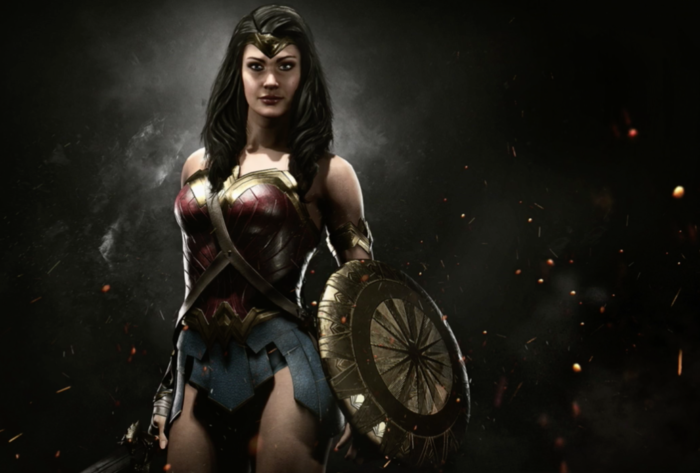 In order to celebrate the new Wonder Woman film coming to theaters on June 2, NeatherRealm will be kicking off a special Injustice 2 event to celebrate the Amazonian warrior’s return to the big screen. The announcement came during a special charity livestream that had Steve Aoki and Rick Fox facing off in Injustice 2. Whoever emerged victorious at the end of the first-to-five competition would score $5,000 for the charity of their choice. Seeing the international celebrities and eSports team owners show off their fighting game skills was exciting enough but the surprise announcement in the middle of the stream really gave players something to get hype about.

Starting on May 29, Injustice 2 players will be able to participate in a special Multiverse event to “end all wars.” By completing the special Multiverse you’ll get showered with Wonder Woman gear that comes directly from the design seen in the movie. It isn’t clear if this special gear will come with any upgrades for your actual character or if it will serve as a strictly cosmetic gift. If you’re interested in getting your hands on it, you’ll have up until June 5 to complete the special Multiverse. After that the gear will still be available but you’ll have to test your luck to see if you get it from any of your Mother Boxes.

As for Injustice fans who are still playing the mobile game, NetherRealm will be rolling out a gift for you as well. A special Wonder Woman event will kick off on May 30 for Injustice 2 Mobile. This event will give players access to two new character cards based on the movie.