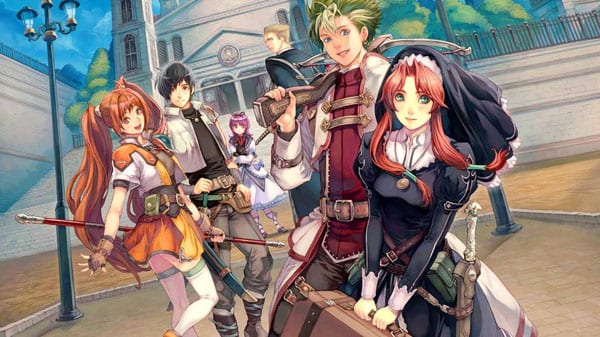 Trails in the Sky the 3rd doesn’t feature series characters Estelle and Joshua as the protagonists this time around, although they do still play important roles. Instead, Father Kevin Graham and Ries Argent of the Septian Church play the main roles. The game takes place half a year after the previous entry and features some interesting changes to both combat and story, which you can see a bit of in the trailer below. Here’s an overview of the story, from XSEED.

“On the eve of another successfully completed mission, high-ranking member Father Kevin Graham is immediately assigned to retrieve one more artifact that rests beneath Grancel Cathedral. What’s more, even though this is a task he could easily complete on his own, he must reluctantly do so in partnership with his newest recruit, rookie Gralsritter and childhood friend Sister Ries Argent. Thus begins the start of a routine mission that becomes anything but, delving into a new and mysterious realm that follows an unnaturally strict set of rules: Phantasma. Therein, the history of the Septian Church and the pasts of the many familiar faces who took up arms for the sake of Liberl’s future will be laid bare – and some may have been better off staying forever sealed behind closed doors.”

The Legend of Heroes: Trails in the Sky the 3rd is now available for PC.

Are you a fan of the Trails series, or have you yet to try the Legend of Heroes games? Leave a comment below and let us know.