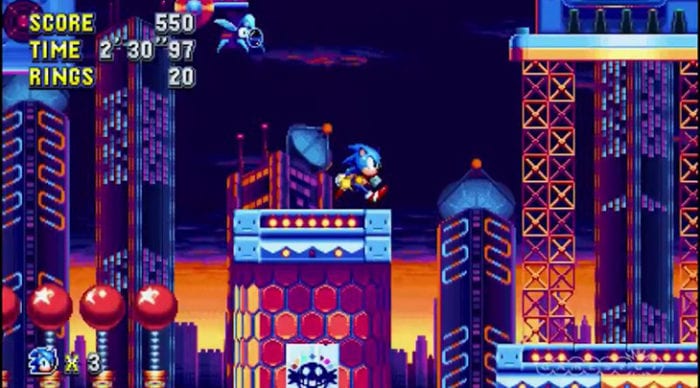 Currently, the North American Steam page and tailer for Sonic Mania lists the release date as sometime in Summer 2017. However an exact release date may have been mistakenly revealed at the end of the European Steam trailer.

Reading Aug. 14, 2017, this puts the release at late Summer when some fans were guessing at earlier since Sonic’s anniversary is June 23. SEGA has yet to comment on this questionably intended reveal, which you can see in a screenshot below of the end trailer clearing stating Aug. 15 for the release date while the NA trailer simply reads Summer 2017.

Sonic Mania is a return to the 2D aesthetic and gameplay of the original Sonic games on the Sega Genesis, with classic and brand new levels featuring Sonic, Tails, and Knuckles as playable characters.

Releasing on PC, PS4, Xbox One, and Nintendo Switch, we can only assume that Sonic Mania’s Aug. 15 release date on PC will also apply to the console iterations as well, however they are still listed as Summer 2017 at this time.