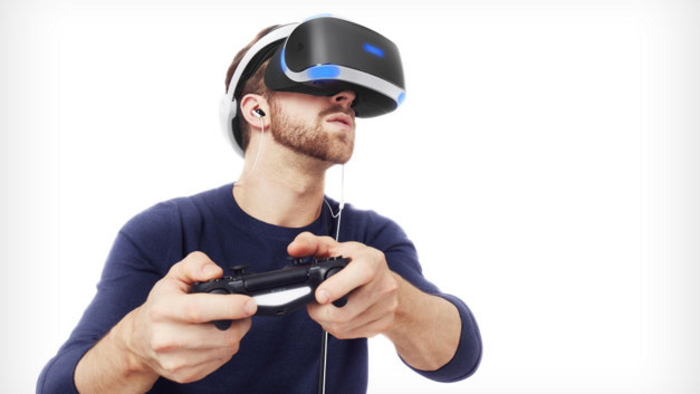 Virtual Reality’s much-anticipated introduction to the video game space arrived last year, and though the general consensus on the technology remains positive, there is little argument that it is struggling to find its feet. Even the most accessible headset, Sony’s PSVR, has not gained traction in the mainstream. As a result, there is an unfortunate trickle down effect; developers are not willing to invest in the creation of bespoke software for a relatively small pool of consumers.

VR’s potential is there, evident and obvious to anyone who has tried it, but a combination of price point and the somewhat cumbersome dynamic of these first generation products is proving a challenge to overcome. It is a frustrating situation, a sentiment that was echoed by developers and analysts alike at last week’s VR Worlds event in London. Indeed, during a panel reviewing VR’s performance in the gaming industry, so far, a shared concern was voiced over two key areas: the crucial need to identify an effective business model and the need for a universal, intuitive control solution.

One of the big issues facing VR is that its small market does not offer enough motivation for studios to warrant investment — even if their games become smash hits, there just isn’t much money on the table. Indeed, Mark Knowles-Lee, a 25 year veteran of the games industry and current CEO of Fracture Games, went as far as to state that he “admired anyone who had been commercially successful with VR.”

Worryingly, of course, without a financial incentive VR might never benefit from the software to effectively take advantage of its potential. The technology simply won’t get off the ground to ever fulfill its promise. Yet the issue is not just the conundrum of how to get more VR headsets in consumer’s living rooms, but also how to monetize that software properly.

Coming as somewhat of a relief, there was a universal agreement that a free to play, microtransaction model was not a viable solution. Despite arguably making sense to a consumer base already used to its implementation on mobile, it was proposed that market size would dictate the monetization model, and currently, VR lacks the mass appeal for microtransactions. Beyond just the prospect of meager returns, though, Mark Knowles-Lee was vehemently opposed to the entire principle. He stated:

“The games that are making big money on the app store ruin the experience and rely on the metagame. I can’t imagine that working in VR… Why would you spend time building an immersive environment and then slow it down, frustrate the player and make them buy things? I don’t see that ever working”.

Investment manager for international trade, Peter Lorenz, hoped that while VR might not offer the same financial return as conventional games, the current lack of content would attract enthusiastic developers looking to make their mark on a new technology. He said, “this is a new market sector for devs to make their mark and grab the audience before the market gets too crowded.” VR’s foothold on the market, then, seems destined to be a long burn, relying on the innovation of eager developers to generate consumer interest and, in turn, higher sales.

The panel was mutually agreed on the point that changes to hardware were just as crucial as ensuring a healthy ecosystem of content. VR technology is still very much in its infancy, but given the accomplished build quality and form factor (minus all the wires) of the big three headset units; PSVR, HTC Vive, and Oculus, it is easy to forget just how early we are in this iterative process.

Consider that movement and control are crucial aspects in all game design, yet solutions to these imperatives in VR have not yet materialized. There is no universally accepted blueprint for how to tackle movement and there has been no watershed moment to influence controller design. To this point, speaking at the panel, Unity Community Evangelist Joe Robins lamented current control hardware as “old solutions to new problems,” urging a more forward thinking approach. He admitted that, at present, the range of different options has made it “a bit like the wild west”.

Mark Knowles-Lee thought that Vive and Oculus controls were poor options for gaming, stating that “the ease with which we can use them belies the fact that they missing something. Can we do things more efficiently? We want tactility, that is the key.”

In comparison to conventional control systems, VR has a greater range of movement, adding extra challenges to developers. It was mooted that gesture controls, rather like the Wii’s motion controls, are intuitive and easy to learn for casual gamers. It was also noted, however, that lessons learned from the rise and fall of motion controls suggest gamers prefer tactile, responsive mechanical inputs. Gesture controls do not offer the level of precision that one needs for hardcore gaming.

Ultimately, VR needs time to grow. The technology’s arrival as a commercial product in the form of PSVR and Oculus is just the first of many iterations before it is sufficiently accessible to really gain a foothold in the mainstream market. We are still some way off the VR equivalent of the iPhone 3GS; the design that streamlines the product to a universal blueprint. Without the financial incentives to attract developers, though, for the time being, VR is reliant on enthusiasm rather than the weight of financial backers motivated by lucrative deals.