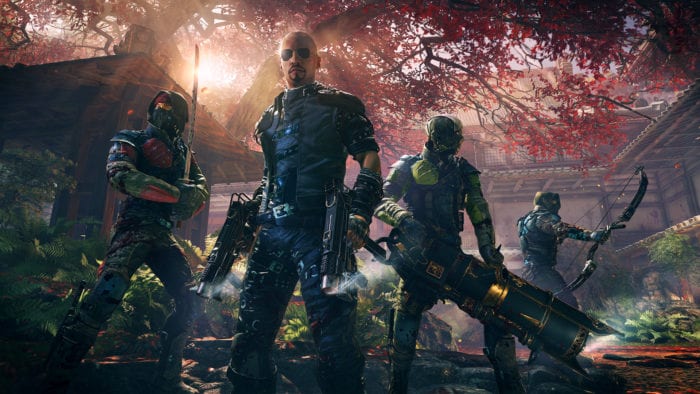 After releasing on PC late last year, Devolver Digital and Flying Wild Hog have announced that Shadow Warrior 2 will finally be making its way to consoles. The sequel to the 2013 reboot will be arriving on consoles next Friday, the 19th. For those unawares, the game takes place five years after the events of the original–the reboot, that is–and saw Lo Wang once again battling evil demons sent to invade the planet Earth.

Lo Wang and the gang are slashing onto consoles as Shadow Warrior 2 hits Xbox One and PlayStation 4 on May 19! pic.twitter.com/ZbsGzFhB4L

The PC version of Shadow Warrior 2 received fairly good reviews, and sales were said to have “quadrupled” compared to the reboot. No special features exclusive to the console version of the game have been revealed, if any, so you can expect everything from the base game to show up: 4-player co-op, gore and action, and plenty of dick jokes galore. The sequel will also launch with a Shadow Warrior Collection that comes with a free download of the reboot for PS4. (It’s unclear if the Collection is also arriving on Xbox One.)