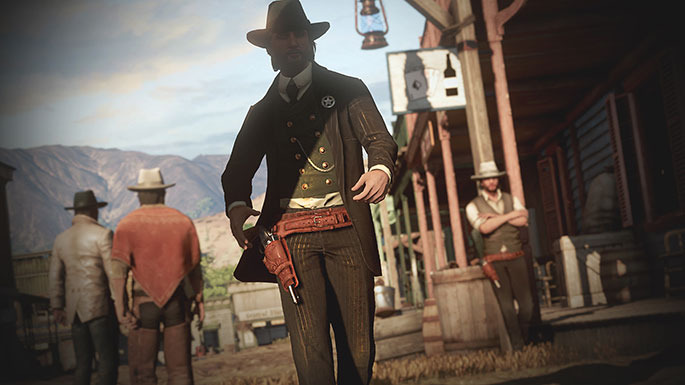 Wild West Online has been announced by publisher DJ2 and is being developed by a new studio called 612 Games, who includes staff members who worked on titles such as League of legends and Crysis. The Western-themed MMO hopes to fill a void in the PC market and is set to hit Kickstarter this month.

One of the most popular Western games, Red Dead Redemption, never saw a release on PC and the publisher of Wild West Online feels this can be remedied by its game.

“There’s an audience for this that just wasn’t being served on PC,” Stephan Bugaj, the creative vice president of publisher DJ2 said. “So we wanted to make this big, open Wild West world with a bit of a twist that, like the best MMOs, is a place where people can really live in.”

As PC Gamer reports, Wild West Online is a PVP MMO that aims to go even further than Red Dead Redemption’s excellent online multiplayer. Players will be able to chooser from several classes including gatherer, prospector, farmer, and then earn resources which can be put into the game’s economy.

Anyone thinking of turning to a life of crime should be aware that the game will feature a crime system where bandits will get bounties put on their heads and other players can hunt them down to earn that bounty. Check out some screenshots below:

The game’s official website states an official announcement and Kickstarter campaign will launch later this month on May 26 and hopes to raise at least $250,000. Surpassing this goal will allow the game to become even bigger, with train robberies being included at $1.75 million.

No doubt many PC gamers were disappointed that Red Dead Redemption never made it to the PC. Could this fill the void?