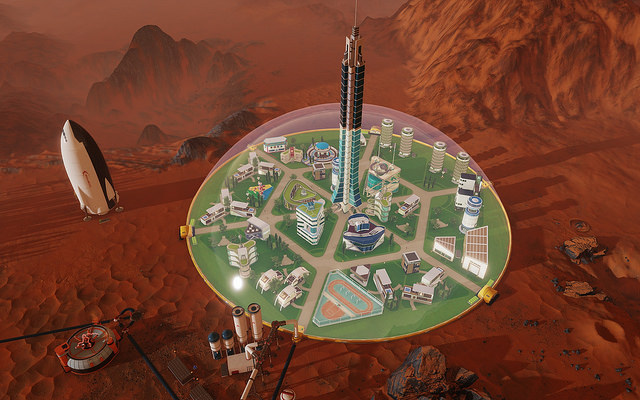 Paradox Interactive and Haemimont Games have just unveiled Surviving Mars, a new survival city-builder game that tasks players with building the first human colony on the planet Mars and discovering its secrets. You can check out the reveal trailer down below.

The PlayStation Blog has also gone up with a few details about what we can expect from the new title:

‘Making a game that tackles those tasks requires us to present the situation in a visually compelling but scientifically feasible manner. In creating the game’s setting, we borrow as much from the works of NASA and SpaceX as we do from writers like Asimov and Clarke. Our game is a serious take on sci-fi — but one with an optimistic tone that updates the aesthetics of the original space race to the technology and societal outlook of today.

As for the gameplay, it’s still a little early in development to share all of the nuts-and-bolts of game mechanics with everyone. What we will say is that Surviving Mars is a hardcore survival city-builder, where players will be tasked with creating a livable colony in the harsh, hostile environs of Mars, floating far removed from any help. Players’ colonies will have to produce water, air, and food on a planet that doesn’t have much of any to spare, while creating habitats with enough activities for colonists to do that they don’t go mad from boredom or isolation.’

Surviving Mars is set to be released for PS4, Xbox One, and PC some time in 2018.