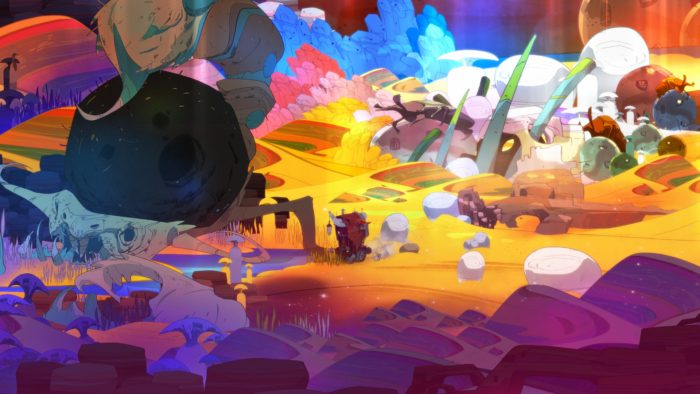 Developer Supergiant Games has announced that its upcoming game, Pyre, will arrive on PS4 July 25th. Following on from acclaimed titles Transistor and Bastion, the half RPG, half Quidditch-esque sports game looks set to continue the vibrant aesthetic charm and tight gameplay ethos of those previous games.

Quoted from the PlayStation blog:

Pyre is a party-based RPG in which you lead a band of exiles to freedom through ancient competitions spread across a vast, mystical purgatory. Who shall return to glory, and who shall remain in exile to the end of their days? Find out during the course of the single-player campaign (and maybe rack up a new Platinum Trophy while you’re at it).

Pyre’s combat system is a unique 3v3 sports game where the object is to extinguish your adversary’s signal flame before they can do the same to you. Notably, there is no game-over, and progress continues whether battles are one or lost. It is also said to feature a branching narrative in its single-player campaign, as well as a versus multiplayer mode.