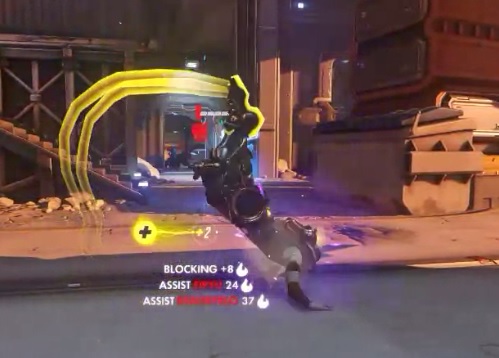 Lucio Correia dos Santos is one of the big characters of Overwatch, a Brazilian DJ turned freedom fighter. For the game’s Anniversary event, he got a new outfit that has him looking like the futuristic equivalent to Bruno Mars, along with a dancing emote that’s actually pretty dang cool. So of course, the only natural thing to do is to dance in the middle of the game.

Not like before the match starts, as most players do when they aren’t adding sprays or shooting everything in sight–I mean during the actual middle of the game, with players moving all around him and bullets flying. And to make things better, someone set Lucio’s dancing to “Mr. Blue Skies” by Electric Light Orchestra as a callback to the opening of Guardians of the Galaxy Vol. 2.

Is it completely ridiculous? Yes. But it’s also incredibly hard to stop watching, even after the music’s ended. What’s even better is that Lucio manages to get points while dancing. Man, only in Overwatch.