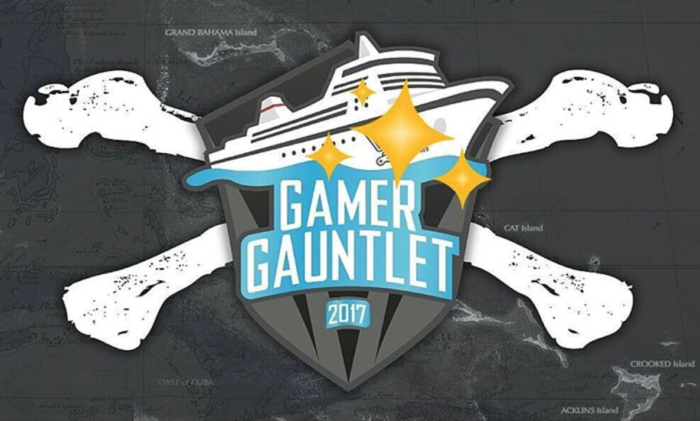 Themed cruises have become extremely popular in recent years and now there is an entire voyage to the Bahamas dedicated solely to the love of video games. On October 20, the Gamer Gauntlet will set sail from Port Canaveral with a wide variety of special guests from the gaming industry on board. The cruise may be months away but it’s been garnering quite a bit of attention around the web thanks to the latest string of special guest announcements. Organizers confirmed that Marvel Vs. Capcom pros Yipes and Persia would be hosting their own tournament on the cruise while other fighting game stars like PR Balrog, Snake Eyez, Master and Vanessa Arteaga would also be on the ship. Perhaps the biggest announcement of the week, however, came when Echo Fox’s Justin Wong confirmed that he would also be setting sail on what has now been deemed #CruiseCon.

Shout outs to @vgugamergauntle because I am heading to #CruiseCon this October! You guys trying to come? Check it! https://t.co/kwF5nfR7zm

For four days an entire Royal Caribbean cruise ship will be packed with gaming tournaments, full immersion gaming rooms, cosplay contests and other sources of entertainment that are catered specifically to the gaming community. While there have been gaming groups and conventions hosted on cruise ships in the past, this will be the first time an entire chartered U.S. cruise will be setting sail as a trip dedicated solely to creating a video game-lover’s paradise out at sea.

So while you will still have the option to spend four days getting spa treatments or hitting the rock climbing wall, guests will also have the option to watch Video Games Live perform, attend a special event for women in tech and gaming, try out Microsoft’s HoloLens, experience new VR technologies, dance the night away at a cosplay party and mingle with some of the biggest eSports stars around. As if that’s not enough, event organizers promise that even more announcements will be coming soon. With the actual cruise date still being more than five months away, there is no telling what Gamer Tech Events still has up their sleeves.

Either way, the very idea of combining a Bahama-bound vacation with a video game expo seems to be ripped straight from the happiest parts of a gaming enthusiast’s dreams—and now it’s a real thing.