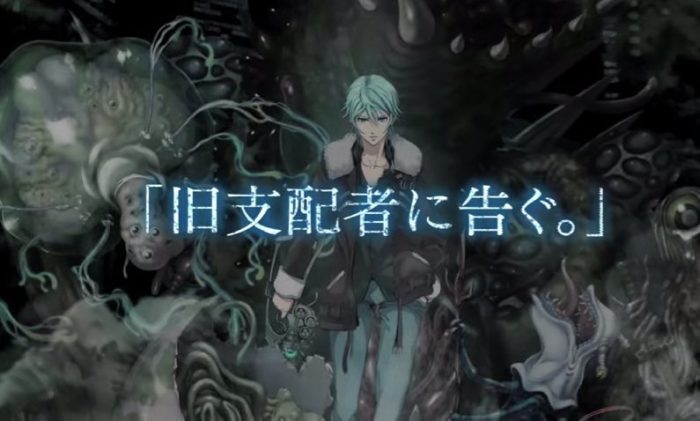 El Shaddai: Ascension of the Metatron director, Takeyasu Sawaki, recently announced his next game, an RPG titled The Lost Child. We’ve finally got the first trailer for the new title, along with a Japanese release date and some new details.

The Lost Child focuses on Hayato Ibuki, a magazine writer following the story of someone that committed suicide by jumping in front of a train at Shinjuku Station. During his pursuit he falls onto the train platform as well, almost as if pushed by a black shadow. He narrowly escapes and is saved by a mysterious woman named Barcia, who also gives him strange suitcase. It turns out, the suitcase is a Pandora’s Box that should never have been opened. Inside Hayato finds the “Demon Gun Gangour,” a weapon that allows him to capture and enslave his own demon subordinates. Using the weapon and the help of another woman named Rua, who calls herself an angel, Hayato begins to unravel a series of mysteries around the city.

The title is a turn-based RPG, with a big focus on capturing different “Astrals” in the game and building a party for battle. You’ll also have access to various skills with each Astral, and hitting enemies’ weak points will be the key to success. To advance the story you’ll need to gather information at various locations, by talking to the locals and other key characters.

The Lost Child is set to release on August 24 in Japan, for PlayStation 4 and PS Vita. Currently, there’s no word on if the game will see a Western release. Take a look at the official Japanese site for the game to see even more.