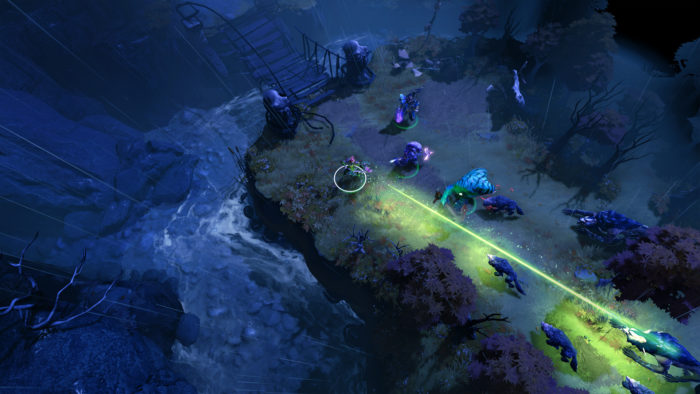 Valve is adding a cooperative campaign to its MOBA Dota 2 this month for all players who buy The International Battle Pass.

The campaign, called Siltbreaker, allows up to four players to explore the Dark Reef containing “a diverse landscape of loathsome monsters, cunning traps, and other lethal terrors.” Valve will be releasing Siltbreaker in two parts with Act 1: The Sands of Fate coming later this month, and Act 2: A Vault in the Deep launching in July.

Players will earn campaign experience points from playing, and use those points to spin a “Wheel of Rewards.” The only reward listed for the wheel so far is an exclusive Desert Sands Baby Roshan. Battle Pass holders who reach level 165 can unlock an XP booster for the cooperative campaign.

Additionally, The International Battle Pass adds other features such as bonus tokens for wagers, team quests that earn more battle points, answering trivia question during queue time, and more. The pass costs $9.99 to start at level 1, but players can rank up by completing matches or purchasing more levels. Cosmetics and other items can be earned at certain level requirements, with the full list of features and rewards found on the official Dota 2 website.

The annual Dota 2 tournament is being held this year in Seattle’s KeyArena from August 7-12. The International’s prize pool is determined by 25% of all Battle Pass sales, which currently stands at over $4.3 million at this time.