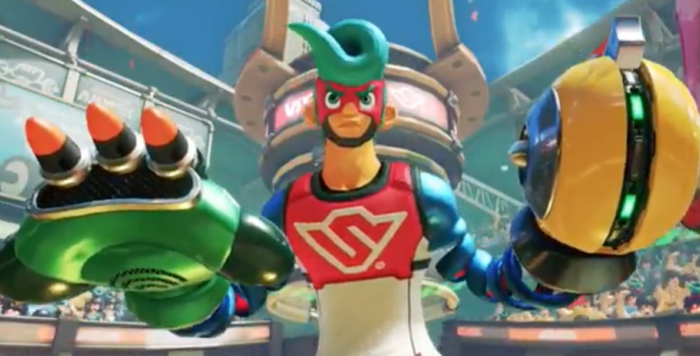 Nintendo has released a new, six minute gameplay video for ARMS, the company’s upcoming motion control fighter game. You can check out the new video down below.

The video goes over some of the basic controls for the game, and shows off the gestures players will need to make with their Joy-Cons when controlling their fighters. There’s also brief introduction to the playable fighters, along with their unique properties and skills. Lastly, the video goes over the various game modes that will be available in ARMS. There are ranked matches, where you can fight other players and increase your own skill rank in the game, as well as a horde mode, where you choose a fighter and fend off as many enemies as you can. Switch owners can also easily link up their consoles together, and compete with each other from there.

ARMS is set to be released for the Nintendo Switch on June 16. A global testpunch will be held from May 26 to 28, and June 2 to 4.