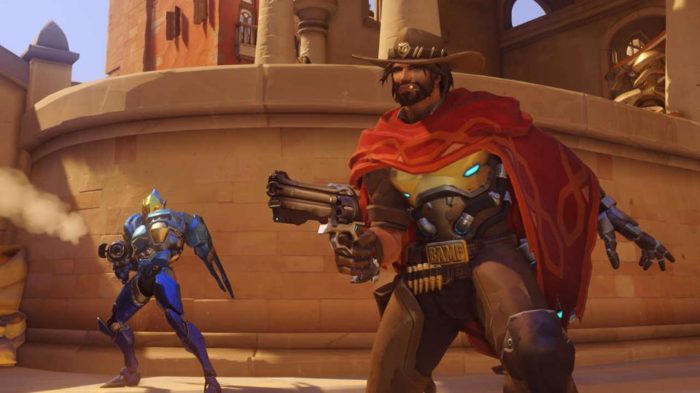 One of the biggest complaints Overwatch players have about the hero shooter is the glacial pace at which Blizzard releases new characters, maps, modes, skins, and other content. Naturally, then, fans have taken to wondering if the issue might be alleviated some by opening the game up to mods — and Blizzard is open to it.

Speaking in a recent Reddit Q & A, Overwatch Game Director Jeff Kaplan said that his team is “totally open to mods.” Before anyone had a chance to get too excited, however, Kaplan took care to set expectations properly. Owing to the fact that Overwatch is built on a new game engine, Kaplan estimated the timeframe for potential mod support not in weeks or months, but in years.

“Because of that new engine, the amount of time for us to get all of our systems online, and the infrastructure set up so that somebody could create something, modify it, have their own branch, check it in, test it,” he wrote, “we’re just pretty far from that, so philosophically we’re 100% onboard, but in terms of timeframe, years+ type of timeframe for us to get there.”

It’s not the first time Kaplan has voiced support for Overwatch mods. All the way back in November 2014, about a year and a half prior to the game’s release, Kaplan also spoke of Blizzard’s support for mods. But then, like now, he also cited technical issues as a possible holdup. “At this time we don’t have any specific things to talk about that players can mod in Overwatch, but I hope fans trust that we’ve embraced modding,” he told Kotaku at the time. “It’s still to be seen due to technical challenges, but we definitely like the idea.”

Flash forward to a year after Overwatch’s launch and players who are hungry to start making and enjoying mods could still be waiting until another decade for Blizzard to toss them that particular bone. Nevertheless, Kaplan was nothing if not emphatic in his recent support for the feature, saying that Blizzard loves the concept of allowing mods in Overwatch. He also noted that mod support made possible the creation of the entire MOBA genre, which was born out of modding Blizzard’s real-time strategy game Warcraft III.

“I always try to remind people like ‘Do you know that DoTA, League of Legends and DoTA2 would not exist if it weren’t for our openness through people modding our stuff?’ Also, the [World of Warcraft] user interface was like a whole crazy community that made tons of brilliant stuff.”

Kaplan doesn’t want just anyone making mods for Overwatch, though. While admitting that it would upset some gamers, he expressed a preference for making mod tools that are “real hardcore” and which would mean “the vast majority” of gamers would not be skilled enough to create anything with them.

“I’d rather have guys who really understand what they’re doing make something high quality, than all of us make a bunch of shit — which is what tends to happen with ‘Hey look, our system is so dumbed down that anyone can make anything,'” he continued. “Either we’re all making a bunch of crap or we’re all making the same thing over and over again. I think if we were to release our tools, it would be much more towards a professional to semi-professional to up and coming modder, mapmaking, coder type of fanbase.”

Somewhat paradoxically, however, Kaplan wrote that he’d prefer to give modders something easy rather than nothing. But whatever the tools end up being like, Overwatch mod support isn’t coming anytime soon.