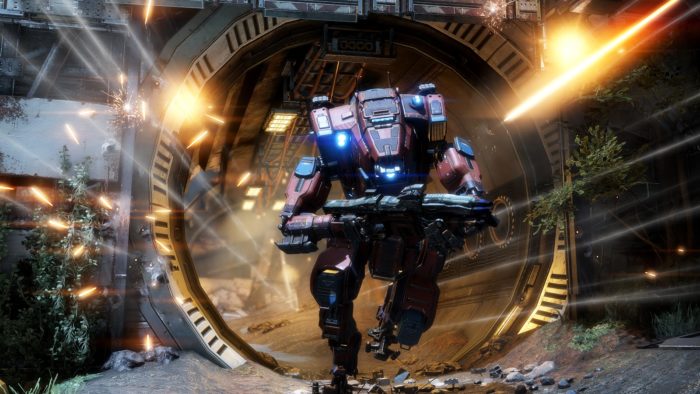 Respawn Entertainment continues to support Titanfall 2 with another free content update since its launch in November 2016. Called “Monarch’s Reigns,” the update adds a new Titan, a new map, and other changes on Tuesday, May 30.

The new Titan, aptly named Monarch, has been detailed as “mid-range Vanguard-class” with an Upgrade Core that is different from the other Titans. According to Respawn, Monarch has a path of upgrades through its Upgrade Core to a “final form” if players can survive long enough. One ability described includes drawing power from enemy Titans to recharge her or allies’ shields, though the developer says it will share more information soon on Monarch soon.

Relic, a “worksite where Pilots have created clever wall running routes by hanging pieces of the wreckage between buildings,” is the new map that returns from the first Titanfall. Additionally, the Crashsite map will be updated by fixing “around 100 instances of getting bumped, bonked, stuck or tripped up” while adding eight new ziplines and a few wallrunning locations for increased mobility.

A new execution move will be added, called Now You See Me. The move was not explained, but could involve the Cloak tactical ability.

The update also brings new items to Titanfall 2’s in-game store that can only be purchased with real money. Ronin and Tome receive Prime Titan cosmetics, alongside new nose art, camos, and callsigns. Titan Brawl will be the featured mode when the update goes live on May 30 to celebrate the new items, while all modes will give double XP for completing matches.

Respawn will release a trailer showing off the new Titan and map on May 25, and plans to introduce major balance changes with an experimental mode “sometime after the patch.”