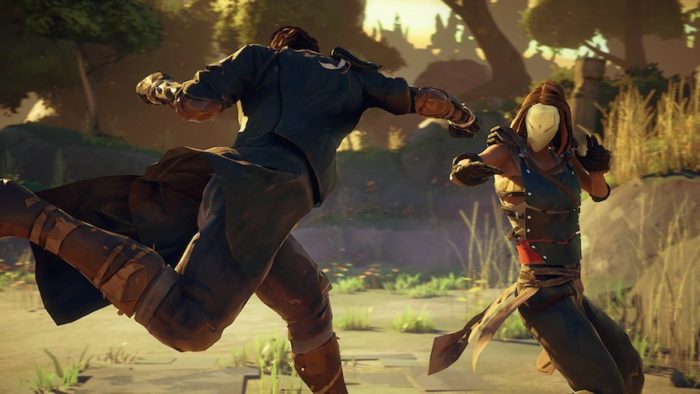 The online action-fighting hybrid Absolver from developer Sloclap has finally been given a release date. The title will launch on August 29 for PlayStation and PC, as announced by the publisher Devolver Digital. Additionally a new post on the PlayStation Blog and trailer give an overview of what the game is about, and how combat will work.

Absolver takes place in the ruins of a fallen city called Raslan, which was destroyed by a massive earthquake many years ago. Along the way players will meet other Prospects, who like you, have vowed to become Absolvers. In order to prove their skills, Prospects have to prove themselves to those watching.

Pierre Tarno, a partner of Sloclap, goes over the studio’s inspiration on the PS Blog,

“When we created our studio Sloclap two years ago, our intention was to make an action game with a combat system that was accessible, but deep enough to support PvP combat in the long term. We had some taglines which we always referred to: ‘Combat is a dance,’ ‘Movement is your weapon,’ and ‘Make your Move.’ This would be a game in which the beauty and subtlety of martial arts combat can be seen and felt, where body dynamic and impact sensations are paramount, and in which players will create their own combat choreographies in real-time.”

The trailer shown off today goes over the nitty-gritty of combat in Absolver, and the various martial arts styles you’ll be able to choose from. There are three different styles to choose from, with each one playing functionally different as you go up against other players. Take a look at the overview down below.

Absolver will be available on August 29 for PC and PS4. Make sure you also take a look at the previous trailer for the game, from last year’s PlayStation Experience.

Has Absolver piqued your interest? What do you think of its action-fighting gameplay? Let us know down in the comments below.