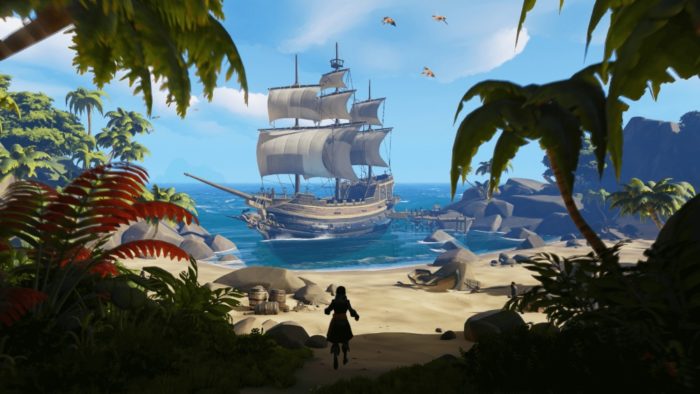 Sea of Thieves is an upcoming action-adventure game being developed by famed developer Rare, who are best known for their work on games such as Goldeneye 007, Banjo Kazooie, and Conker’s Bad Fur Day. The game will feature user-generated content and allows players to take to the high seas in an open-world multiplayer world.

We’ve seen a bit of the game in action since it was first announced but, if you’re eager to see more, then you should check out this new gameplay video of Sea of Thieves in action. The video shows a group of Xbox gamers playing the game together, including none other than the head of Xbox Phil Spencer.

The video shows how players will need to use maps in order to find one another as well as finding treasure. It’s not all plain sailing (pun intended), players must be wary of skeletons that roam the islands as well as other players who may try to attack. The video then cuts to show a full scale battle between two ships and how players must communicate and work together to ensure a victory. Once the two ships are side by side, players can board and engage in combat one to one.

Sea of Thieves is set to be released on the Xbox One and PC. Do you have what it takes to be a legendary pirate?