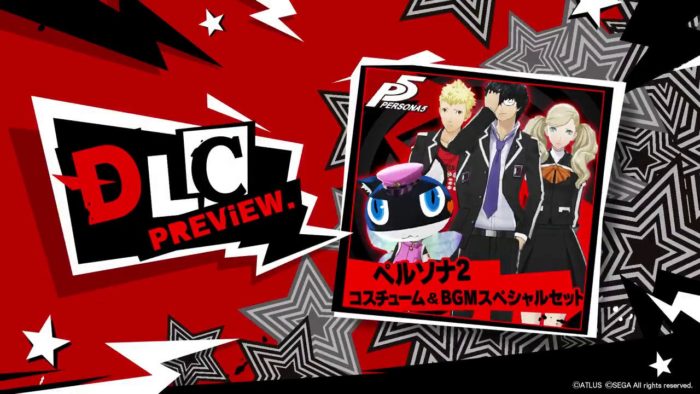 Persona 5 has been out in the west for a couple of weeks now, and Atlus has just released a batch of DLCs on the PlayStation Store. Most of these are cosmetic, but there are also a few Persona DLCs for those who may be having a bit of trouble with the game’s beginning stages.

First off, the Izanagi, Izanagi Picaro, Orpheus, and Orpheus Picaro personas are now available for purchase. Once you’ve redeemed them, you can summon the personas for free at the Velvet Room. However, they’re only free of charge the first time you summon them. After the first summon, you’ll have to pay the required fee to obtain them again.

There are also crossover costumes available for the characters. These costumes come from other games in the SMT series including Shin Megami Tensei If…, as well as Persona 1 and 2. For those who wish to decorate Morgana with cat bus stickers, there are also a few free sticker sets available for download.

Persona 5 is now available on the PS4 and PS3.