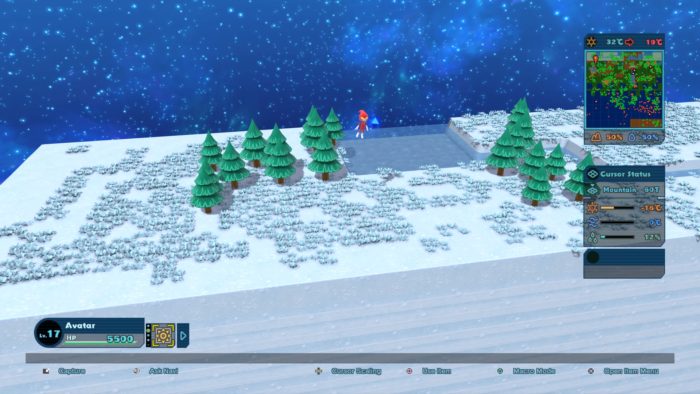 NIS America has just released a batch of new screenshots for Birthdays the Beginning. The screenshots show off in-game features like the various creatures you can encounter and capture, as well as the game’s Challenge Mode. You can check out the screenshots in the gallery down below.

‘One of the features of the game is the “Challenge Mode” where you are given a set amount of years and special conditions to accomplish a challenging task, like creating and capturing a plesiosaurus or the infamous tyrannosaurus rex.

With almost 300 unique creatures to capture, you will find yourself constantly reshaping your world and creating new environments and conditions for life, even if it means eliminating an entire species to do so.’

Birthdays the Beginning is set to be released for the PS4 on May 9 in North America, and on May 12 in Europe. The game will also be released for Steam on May 9. What are your thoughts on the game so far? Let us know in the comments down below.