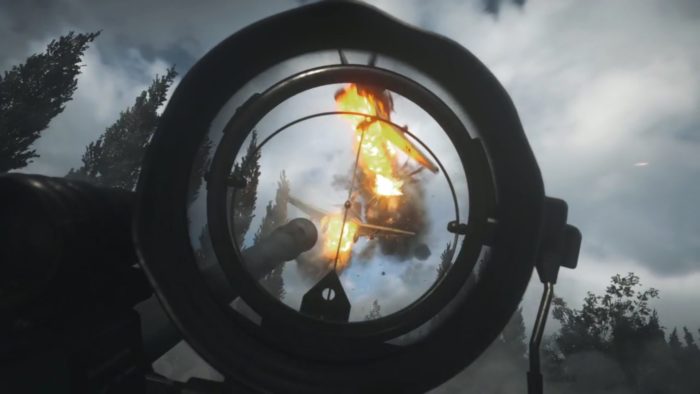 Call of Duty: WWII’s first big reveal took place today, and although the focus was on story and campaign, we got a brief bit of information about multiplayer. One of the biggest appeals of the Call of Duty series is its various multiplayer modes, and it sounds like WWII will not disappoint.

An all new massive asymmetrical mode called War will be coming to the game, featuring all-out combat between the Axis and Allies as they seek to capture and defend objectives. Sledgehammer says the mode will change map design, strategy, and teamwork. Divisions is another new addition to WWII, a different way to approach your Call of Duty career by enlisting in a specific division within an army. Another feature called Headquarters was announced, as a kind of area that CoD fans can go to share and interact outside of matches. We only got a tiny bit of information on WWII’s multiplayer today, but Sledgehammer promises more to come at E3 in June. We also got confirmation of a zombies mode making its way to the game.

What changes do you hope to see from WWII’s multiplayer? Leave a comment down below and let us know.