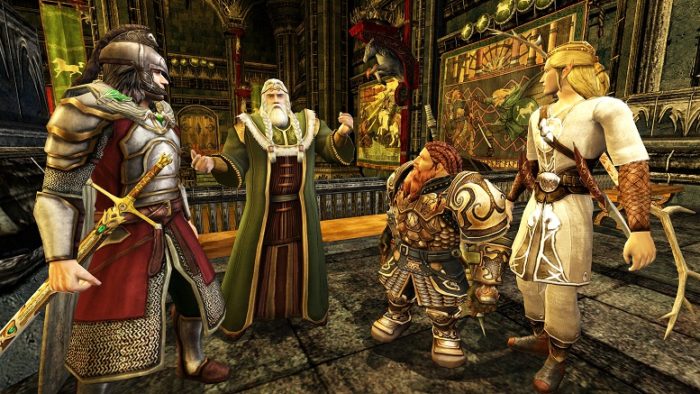 Lord of the Rings Online allows players to enter the world of Middle-Earth and embark on their own adventures in the mythical world created by Tolkien and expanded upon by the movies. The MMO has proved a hit with both gamers and Tolkien fans and is now celebrating its 10th anniversary, no easy feat in the competitive world of MMOs.

To celebrate the milestone, an anniversary festival is currently being held which sees players get a free assortment of in-game fireworks, gifts associated with what kind of membership you have (free or premium), and new quests and events to take part in.

Different players will receive different items depending on how old their account is. Veteran players who have been around for the whole decade will receive a ten-year character portrait frame and Dragon Fireworks as well as Dragon Fireworks for their Monster Play character, along with a 10-year token that can be turned in for a cosmetic trait. Those who have only been around for a year will get a standard portrait frame and fireworks.

Even if you haven’t logged into your account in years you can still jump back in and gain the rewards, that’s as good excuse as any to return to Middle-Earth, right?

Anniversary quests have been added to the game and there will be three new ones added every week until July 13. The quests will take players to “places we have been, and gets us some cool stuff in the process.” You can get more details on the game’s official site.

Lord of the Rings Online first launched back in 2007 and required players to pay a subscription fee like World of Warcraft. However, in 2010, the game went free-to-play though a premium membership was available and provided extra perks to players. The anniversary festival ends on May 8.