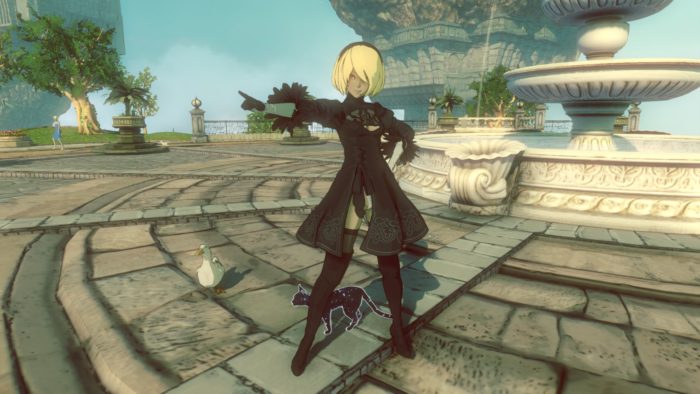 Last week, we got a sneak peek at the upcoming NieR: Automata crossover outfit for Gravity Rush 2. However, it was only confirmed for Japan, and there was no word on whether it’d be coming westward. Well, the official PlayStation Twitter account has just confirmed that it will indeed be coming to the west in May.

Kat seems to have found some interesting new clothes…

When the outfit was announced for Japan, it was also stated that it’d be absolutely free of charge, so it’ll likely be the same for the west as well. The outfit features Kat wearing 2B’s iconic black dress. Players will also have the option of letting her wear the visor that covers her eyes, or remove it completely. Kat will also get to sport 2B’s own hairstyle. You can check out more photos of the outfit in the gallery down below. The DLC will be coming westward on May 5.