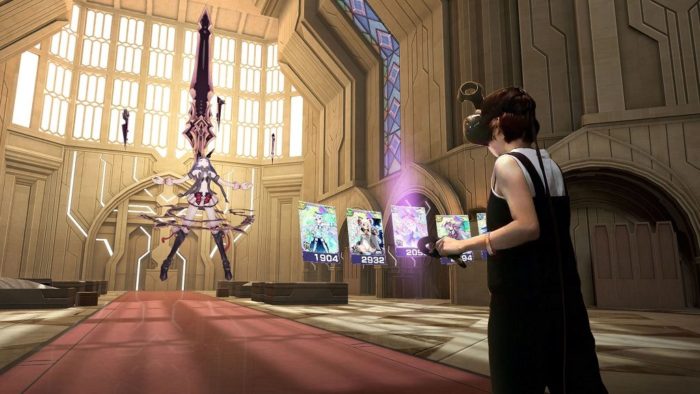 The JRPG making team over at Square Enix are jumping into VR with a new game that looks like Final Fantasy with a unique card-battling mechanic. Kai-ri-Sei Million Arthur’s new trailer shows off brand-new gameplay and the characters that you’ll be fighting with. The popular card-battling franchise has made its way to mobile, PS4 and Vita systems exclusively in Japan.

Million Arthur VR will feature HD boss battles and a comfortable card battle system that complements comfort in the VR space. GREE VR Studio says that that Million Arthur VR is not just a VR conversion of the smartphone/PlayStation version but a fully developed experience that you can only get playing in VR.

GREE VR Studio is developing Million Arthur for HTC Vive, which is planned to release sometime this spring. You can check out the newest trailer right here:

Would you want this VR experience to come to the West one day? How do you feel about playing an entire JRPG while wearing VR equipment? Let us know your thoughts in the comments section below.