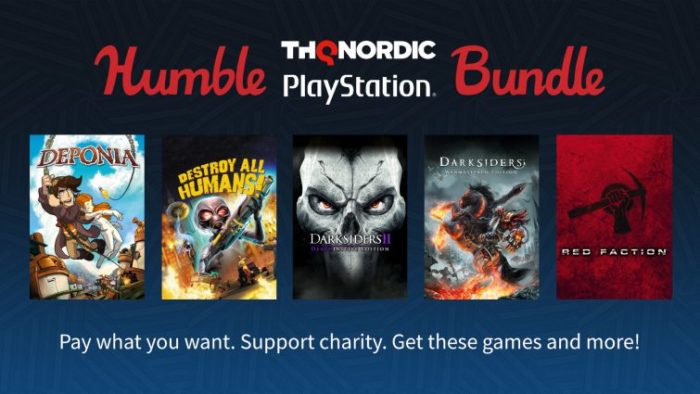 If you’ve somehow already managed to blast through recent releases like Kingdom Hearts HD 1.5+2.5 Remix and Mass Effect: Andromeda, you’re in luck. Humble Bundle is partnering up with THQ Nordic to bring Humble’s second ever (Capcom being the first) PlayStation bundle featuring games for PlayStation 4 and a few for the PlayStation 3.

Whether or not you have the time or want to add a few games to your backlog, Humble Bundle is always worthy of support. This time, parts of the proceeds will go to Hand in Hand International, an organization that fight for job creation to combat poverty. To date, Hand in Hand has created over 10 million jobs in poverty-stricken areas across 14 countries.

Humble Bundle, is as usual, broken down into different tiers. Donating a certain amount will net you certain games. Here is the list:

This bundle will include one key only, containing all the games that you qualify for. This, unfortunately, means you won’t be able to give away a copy of a game you already own. The current bundle ends on Apr. 18.