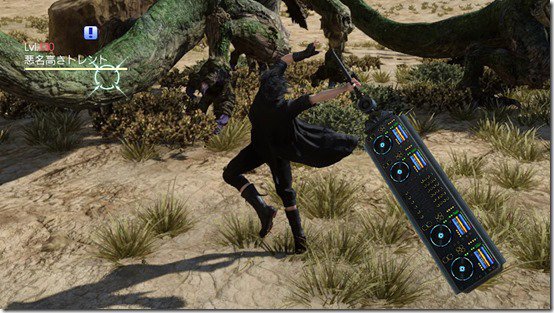 Final Fantasy XV continues to get a wealth of updates, with the next one hitting on April 27. The update will add on a host of new features, and now it looks like we’ll also be getting a brand new weapon. The famous DJ Afrojack composed a song exclusively for Final Fantasy XV, called Braver, and he’s returning to the game once again. In the short video below, Afrojack introduces a new weapon called the Afrosword.

The Afrosword looks almost exactly like wielding a giant DJ Deck, and it’ll even change the background music when equipped. In order to obtain the weapon, players will have to complete one of the new Timed Quests coming with the April update. The update also adds on a new Stable Mode for PS4 Pro, UI tweaks, and new songs for the Regalia.

Final Fantasy XV is currently available for Xbox One and PlayStation 4. While you’re at it, take a look at some recent comments from Final Fantasy XV’s director, Hajime Tabata, on the likelihood of seeing a DLC focused on the game’s antagonist.

What do you think of XV’s new weapon? Do you like how frequently Square Enix is updating the game? Let us know in the comments down below.