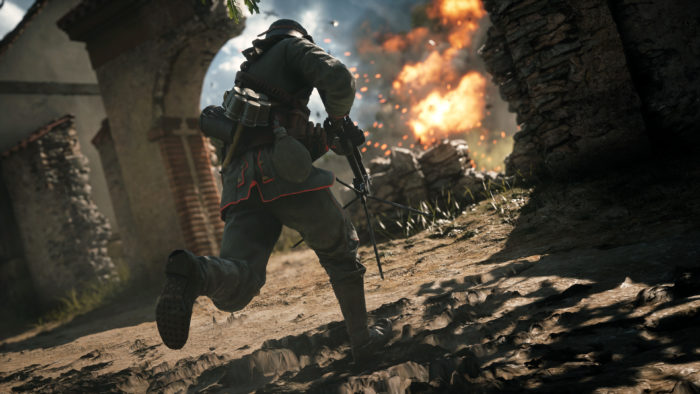 The Spring Update is now available for Battlefield 1 on all platforms, adding the new Platoons feature, changes to the medic class, and more.

The Platoons feature lets players create a clan of up to 100 people who can share a distinct emblem and tag. Platoon members can be assigned different roles that come with specific management responsibilities. Players can join up to 10 platoons, though can only represent one at a time. Developer DICE says in the patch notes this is the “first wave of Platoons features” and will continue to add on and improve in the future.

The medic class receives a change in the update, allowing players to “spot” fallen allies. Once spotted, the dead teammate will see the medic’s name blinking on the death screen along with the phrase “incoming medic.” The feature is intended to let medics communicate they are coming to help before the deceased players unnecessarily respawn.

The Battlefield 1 Spring Update also adds more server administration settings, a new weapon for each class, 19 new ribbons, and five more dog tags to collect. The patch notes include bug fixes and changes for many of the game’s maps, modes, weapons, and vehicles. The full list of patch notes can be found here.